Even though nobody in her family had been to university before, Jaycie Carter dreamt of studying English at Oxford.

And, now that she’s here, she’s making sure that all students who study here feel comfortable regardless of their background.

“I’d been thinking a lot about class, and writing about it for my English degree, and I thought it would make such a difference for students like me to have a place where they could meet, talk, and discuss the issues that we face,” Jaycie says. 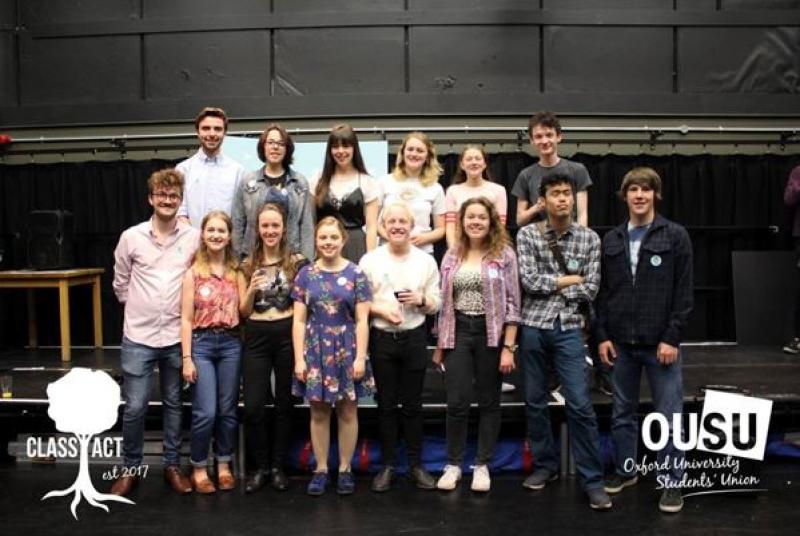 The Class Act committee with Eden Bailey (front, fourth from the left) at the Class Act launch

From a young age, Jaycie, who is from the West Midlands, enjoyed studying, using English and psychology to explore the history of ideas and society.

“I knew I wanted to go to university, cause I’ve always been quite academic and read a lot,” she says.

Jaycie hoped to go to Oxford, and now that she’s here, she’s relishing all the city offers.

“It was the dream, so it’s a bit weird actually being here now. Sometimes I have to remind myself—it’s really cool that I’m here!” she says.

Outside of her English degree, she’s also an active member of the LGBTQ community.

“I really like my course, and studying areas I’m interested in, like class and sexuality,” she says. “And the LGBTQ community is great, we have so many resources and events happening every week.”

Being part of the LGBTQ community made Jaycie think about how valuable it would be to have a similar community for students from working-class backgrounds.

“I saw how helpful it is to meet with other people who are similar to you,” she says. She wanted to foster the same sense of community for working-class and state-educated students who, like her, can face a unique set of challenges when they arrive at university.

“It can sometimes be alienating if you or your family don’t have much experience of higher education,” she says.

So, when she heard about a new campaign for working-class students that was in the pipeline, Jaycie got involved. The campaign launched in May 2017, and Jaycie was elected co-chair. Now, she’s excited to get started.

“It’s important to give people spaces to acknowledge the things they face. My aim is to create the things I needed when I got here,” she says.

The campaign has four strands: working class, state comp, low income, and first generation. Any student who identifies with any of the strands is welcome to get involved. “We want to make our campaign as broad and welcoming as we can. We’re not try to define what it means to be working class,” Jaycie says. 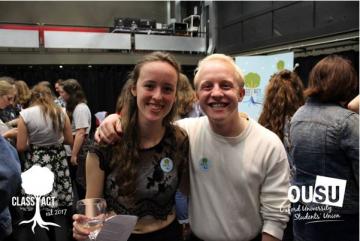 Jaycie Carter (left) and Ellery Shentall, Class Act campaign co-chairs, at the launch event in May 2017

Since the launch, the campaign has held a social, and there are plenty more plans in place. This includes speaker events and a survey that will ask students what they’d like to see  from the campaign.

With a team of reps—which represent the diverse experiences and identities of students in Oxford—the committee will run four socials in Michaelmas term, as well further events such as an LGBTQ meet up and a social for students from state comprehensives.

They’re also hoping to create an academic guide, which will give students access to information they might not have been made aware of before they arrive, and to run careers events, in which alumni from Class Act backgrounds will come and chat about their experiences and offer students the opportunity to network.

Jaycie is excited to be part of a committee that will complement all of the positive access work that Oxford does by creating support systems for students once they arrive.

And her efforts are already paying off. “The reception has been amazing. Lots of people have said it’s great that the problems they’ve faced are being acknowledged and discussed,” she says.