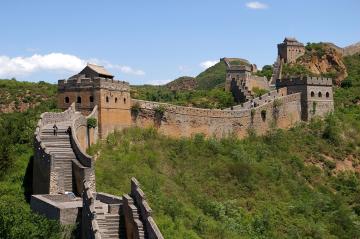 Great Wall of China near Jinshanling

In April and May,  Dr Rana Mitter will be introducing listeners to a range of Chinese Characters on Radio 4 – twenty lives that illustrate the range and complexity of China from the earliest times to the late twentieth century.  From a cosmopolitan Mongol emperor to impoverished girls working in sweatshop conditions in Shanghai’s factories, the programme will range across time and geography to give a multi-dimensional picture of this fascinating society.  Figures covered include political leaders Mao Zedong and Deng Xiaoping as well as literary figures such as Song dynasty poet Li Qingzhao and modernist author Ding Ling.

More information about the first programme - on Wu Zetian, China's only female emperor - can be found below:

CHINESE CHARACTERS runs on BBC Radio 4 from 9 April, Monday to Friday, 1.45pm, and is then online/podcast.