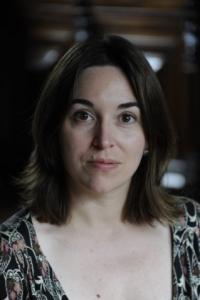 Dr Kate Kennedy, of Wolfson College has won an Early Career Researcher award in this year’s Vice-Chancellor’s Public Engagement with Research Awards, which celebrate public engagement work across the University. The announcement was made at an awards ceremony at the Oxford University Museum of Natural History on 28 June hosted by Vice-Chancellor Professor Louise Richardson.

Dr Kennedy won her award for her public engagement work relating to a triple biography of poet Rupert Brooke, and composers F.S. Kelly and W.D. Browne she is writing. The three men were close friends who sailed to Gallipoli together and were all killed in the First World War.

Studying archives, letters and diaries, and animating the stories she has uncovered has enabled Dr Kennedy to work with young people and adults, musicians and theatre professionals through drama, music, the media and public events, including:

- 10 performances across the UK of her dramatized recital The Fateful Voyage across the UK with internationally acclaimed soloists and actors.

- Directing and presenting BBC Radio 3’s commemorations of the First World War, with The Fateful Voyage broadcast from the City of London Festival as a centrepiece.

- Involving over 750 school children in creating their own creative pieces and performances for public audiences.

- Premiering, choreographing and editing the work of the composers including previously unpublished songs, piano works and a fully staged ballet.

- Obtaining Arts Council funding to develop The Fateful Voyage into a fully-staged play at the National Theatre.

- The biography of Brooke, Kelly and Browne is due to be published in 2018.

The project has transformed Dr Kennedy’s research, developing her understanding of the stories and how they can be communicated effectively.

In turn the neglected work of the composers has now been shared with many thousands. 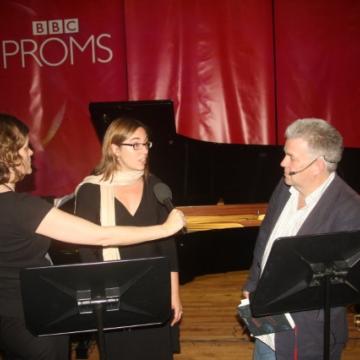 At the Proms with Ian McMillan

The Vice-Chancellor's Public Engagement with Research Awards recognise and reward those at the University who undertake high-quality engagement activities and have contributed to building capacity in this area. Dr Kennedy was one of five Early Career Researcher winners at the awards.

400 years of moral philosophy: reflections from the White's Professor

Donation secures future of professorship in German language and literature 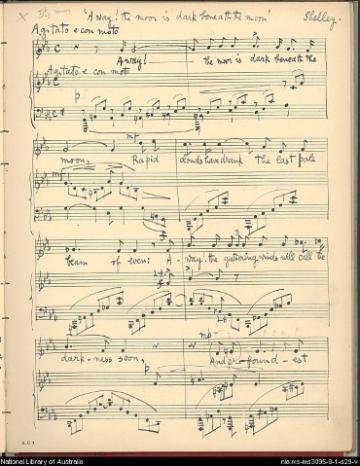