400 years of moral philosophy: reflections from the White's Professor 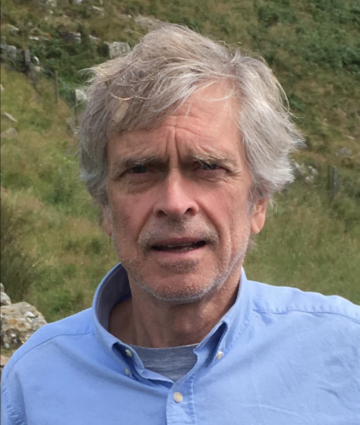 This year marks the 400th anniversary of the White's Chair of Moral Philosophy. When the Chair was first established in 1621, it became Oxford’s first professorial post in philosophy and it has since come to be regarded as one of the most prestigious positions in moral philosophy in the world. To mark the anniversary, the current postholder, Professor Jeff McMahan, writes an article for us in which he applies moral philosophy to some of the most pressing issues facing humanity today:

Previous holders of the White’s Professorship have written largely, though not exclusively, about theoretical issues in moral philosophy. My work, by contrast, has sought to illuminate moral problems of a more practical nature, such as war, abortion, and our treatment of animals. In studying these problems, however, I have both drawn on the resources of ethical theory and sought to test the plausibility of different moral theories by exploring their implications for practical issues.

My current work, more than any I have done previously, reveals ways in which theoretical and practical ethics are intimately connected. This work is primarily in the area of moral philosophy known as ‘population ethics’ – an area to which my immediate predecessor in the White’s Chair, John Broome, has made seminal and influential contributions.

Population ethics is concerned with issues involving causing people to exist. It may seem that there is little of interest here. We tend to assume that, except in rare circumstances, neither having a child nor remaining childless raises significant moral issues – an assumption that is supported by the fact that, until quite recently, there has been almost no discussion of the morality of causing people to exist in the entire history of philosophy.

Only around the early 1970s did philosophers – primarily Derek Parfit of Oxford – begin to discover the many deep and intractable problems and paradoxes in which population ethics abounds. We are all aware that a child that a woman might conceive with one partner would be a different person from the child she might conceive with a different partner. And the child that a couple might conceive at one time would be a different person from one they might conceive at a significantly later time. What Parfit recognized is that these facts have surprising implications for problems such as climate change. This is because large-scale changes in policy affect people’s lives in ways that determine who meets whom, who mates with whom, and when couples conceive their children, thus leading eventually to the existence of different people in the future.

How, then, can we explain why causing climate change is wrong? The best explanation seems to be that we have a strong moral reason to cause better-off people to exist rather than different, less well-off people. But this is in tension with other common sense moral beliefs about causing people to exist. Most of us believe that there is a strong moral reason not to cause a person to exist whose life would unavoidably be miserable, or not be worth living. But we also believe that there is no moral reason to cause a person to exist just because her life would be well worth living.

If, under pressure from reflections of this sort, we accept that there is a moral reason to cause people to exist just because they would have lives well worth living, we then confront a range of further difficult questions. Can decreases in the quality of existing people’s lives be morally offset by increases in the number of lives? Is the reason to cause people to exist sufficiently strong that it could matter more to bring a certain number of well-off people into existence than to save the life of an existing person?

These are just samples of the kinds of problems we encounter when we reflect seriously about causing people to exist. What I hope to show in a book that I am writing called The Ethics of Creating, Preserving, and Ending Lives is that these and other problems in population ethics must be resolved before we can adequately understand an extensive range of surprisingly heterogeneous issues in practical ethics. These issues include abortion, prenatal injury, preconception or prenatal screening for disability, gene editing and genetic enhancement, causing animals to exist in order to eat them, the distribution of medical resources between the young and the old, reparations for historical injustice, the threat of human extinction, and even proportionality in war. So the morality of causing people to exist turns out to not to be so uninteresting after all.