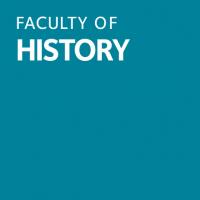 This DPhil project is concerned with the role of the independently owned country house in political and cultural discourse from the 1950s to the present day. It builds on earlier work by Peter Mandler (1997), John Cornforth (1999), Patrick Wright (2009) and Ruth Adams (2013) and aims to extend this field through interrogation of different public policy approaches to the fate of country house heritage in diverse political contexts. The study will go to the heart of current policy debates about the nature and meaning of historic house heritage, its significance and public value, and the future of the ‘public private partnership’ between owners and the state in its long-term care.

The DPhil will investigate:

There have been numerous studies of the evolution of heritage as a concern of public policy, but to date there has not been a comprehensive academic examination of the politics of the independently owned country house in recent times. This will be the first time that much of the twentieth-century research material at Historic Houses will be subject to academic scrutiny.

This study will transform the academic field by examining the evolution of the current and ongoing fiscal and regulatory framework for the protection of significant heritage property, through measures such as conditional exemption, heritage maintenance funds, acceptance-in-lieu, export licensing controls and listed building protection. It will provide for an in-depth case study of the evolution of Historic Houses, within the heritage sector context of amenity societies and charitable organisations, as a force for political influence. It will demonstrate the continued significance of historic house heritage in the 21st century from multiple, if sometimes contested, perspectives.