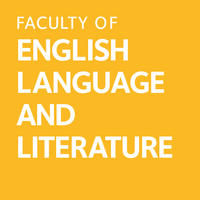 This collaborative doctoral award (CDA) is supervised jointly by Prof Christine Gerrard, of the University of Oxford, and Dr Andrew Hann, Head of the Historians team at English Heritage. English Heritage is a heritage organisation and charity responsible for the care and presentation of 420 sites and monuments across England, ranging from Stonehenge to the York Cold War Bunker, that have been taken into state care since the 1880s.

This collaborative research project builds on existing research by Prof Gerrard on eighteenth-century literary coteries, and by Dr Hann and colleagues at English Heritage on the development of the gardens at Wrest Park in Bedfordshire. It offers an innovative approach which draws on both literary scholarship and garden history to explore the intersections between country house literary culture and garden design and use in the mid-eighteenth century. It will not only shape academic debate, but also inform the ongoing garden restoration at Wrest Park, and the ways in which mid-eighteenth century gardens are presented to the public.

The focus of the research is Wrest Park, a historic garden of international significance which showcases 250 years of garden history. The project concentrates on the mid-eighteenth century, when Wrest was owned by two young intellectuals, Philip Yorke and his wife Jemima, Marchioness Grey. Under their stewardship Wrest became the meeting place for a coterie of leading poets, writers and intellectuals, including Samuel Richardson, Thomas Edwards, Daniel Wray and Catherine Talbot. Their literary exploits inspired early forays into garden design at Wrest, particularly the creation of the Mithraic Glade with its enigmatic altar and root house. Visitors’ accounts show that the gardens at Wrest were a key stimulus to literary conviviality and imagination.

The Wrest coterie is unusual in that its male and female members seem to have played equal roles. Some of their many literary outputs are preserved in the ‘Green Books’, an as yet unexplored and potentially rich MS resource.  The polymath Thomas Wright of Durham tutored all the women in the coterie, sharing with them his interests in literature, classical civilisations, the Druids, and gardening.  Wright’s preoccupation with pansophia or Universal Knowledge, positing a harmonious bridge between the worlds of Man and Nature, deeply influenced his garden designs.

The project will draw on the many collected writings, published and unpublished, of the literary coterie centred on Wrest Park, including the letters and poetry of Thomas Edwards (Bodleian Library), the correspondence of Philip Yorke (BL) and Jemima, Marchioness Grey (Bedford and Luton Archives), and the letters and writings of Samuel Richardson and Daniel Wray, plus the papers of Thomas Wright, tutor to Jemima and a number of other members of the coterie. Set against this literary backdrop will be the substantial research on the gardens at Wrest undertaken by English Heritage in recent years, much of it unpublished, drawing on evidence from letters, accounts, plans and visual sources.

This research will strengthen the interdisciplinary work on eighteenth-century literary and visual culture which is fast becoming a key feature of recent Oxford English Faculty outputs in this period. Examples are collaborative projects with Stowe, and the highly successful Ashmolean-based Mellon teaching fellowships which have used visual and aesthetic media to transform the way students work in the period connecting prints, garden designs, statuary and architecture. Oxford is also currently a centre for research on literary coteries and manuscript culture. This project not only offers a superb opportunity for a talented graduate student to undertake ground-breaking original research with richly unexplored original material, but it will be a pilot project for further collaborations between English Heritage and the University of Oxford.

The studentship also supports the 20-year programme of garden restoration at Wrest Park which was started in 2007.  The next phase of this restoration focuses on parts of the woodland Great Garden which were developed in the mid-eighteenth century at the time the literary coterie at Wrest was at its most active. To support the restoration of this part of the garden there will be a programme of survey work and research, of which this PhD would form an important part.