British literature is richly tangled with other histories and cultures – so why is it sold as largely white and English? 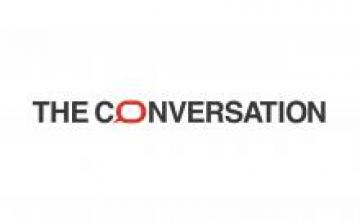 British literature is richly tangled with other histories and cultures – so why is it sold as largely white and English?

Recent global developments have sharply polarised communities in many countries around the world. A new politics of exclusion has drawn urgent attention to the ways in which structural inequality has marginalised and silenced certain sectors of society. And yet, as a recent report shows, diversity and inclusion in fact “benefit the common good”. A more diverse group is a stronger, more creative and productive group.

In the world of literary writing, we find similar gaps and exclusions. But these are counterbalanced in some respects by new positive initiatives.

In 2015, a study revealed that literature by writers of colour had been consistently under-represented by the predominantly white British book industry. Statistics in The Bookseller show that out of thousands of books published in 2016 in the UK, fewer than 100 were by British authors of a non-white background. And out of 400 authors identified by the British public in a 2017 Royal Society of Literature survey, only 7% were black, Asian or of mixed race (compared to 13% of the population).

A similar marginalisation takes place in the curricula in schools and universities, mirroring exclusions in wider society. In most English literature courses of whatever period, the writers taught are white, largely English and largely male.

A fundamental inequality arises in which, though British culture at large is diverse, syllabuses are not. Indeed, many British readers and students find little to recognise or to identify with when they read and study mainstream British literature.

Black and Asian writers who have been published within the mainstream British system describe the pressure they have felt to conform to cultural stereotypes in their work. Their books are often packaged and presented in ways that focus on their ethnicity, regularly using cliches. At the same time, more universal aspects of their writing are overlooked. For example, the covers of novels by Asian British writers usually stick to a limited colour palette of yellows, reds, and purples, accented by “exotic” images.

These writers bristle at the sense that they are read not as crafters of words and worlds, but as spokespeople for their communities or cultures. At its worst, this process turns these writers and their books into objects of anthropological curiosity rather than works inviting serious literary study or simply pleasurable reading. The message is that black and Asian literature is other than or outside mainstream British writing.

Against these exclusions, leading British authors such as Bernardine Evaristo and others have urged for a broader, more inclusive approach. They recognise that what and how we read shapes our sense of ourselves, our communities and the world.

The Postcolonial Writers Make Worlds research project, based in the Oxford English Faculty and The Oxford Research Centre in the Humanities, set out to ask what it means to read contemporary fiction as British readers. Working with reading groups and in discussion with writers, we found that readers of all ages entered the relatively unfamiliar worlds created by BAME authors with interest.

For many, finding points of familiarity along gender, age, geographical or other lines was important for their ability to enjoy stories from communities different from their own. Identifying in this way gave some readers new perspectives on their own contexts. At the same time, unfamiliarity was not a barrier to identification. In some cases, universal human stories, like falling in love, acted as a bridge. This suggests that how literature is presented to readers, whether it is framed as other or not, can be as significant as what is represented.

Contemporary black and Asian writing from the UK is British writing. And this means that the work of writers such as Evaristo, Nadifa Mohamed and Daljit Nagra be placed on the same library shelf, reading list and section of the bookshop as work by Ian McEwan, Julian Barnes and Ali Smith – not exclusively in “world interest” or “global literature”.

Equally, much can be gained by thinking of white British writers like Alan Hollinghurst or Hilary Mantel as having as much of a cross-cultural or even postcolonial outlook as Aminatta Forna and Kamila Shamsie.

There are positive signs. A new EdExcel/Pearson A-level teaching resource on Contemporary Black British Literature has been developed. The Why is My Curriculum White? campaign continues to make inroads in university syllabuses. And the Jhalak Prize is raising the profile of BAME writing in Britain. Against this background, the Postcolonial Writers Make Worlds website offers a multimedia hub of resources on black and Asian British writing, providing points of departure for more inclusive, wide-ranging courses. Yet there is still much to be done.

All literature written in English in the British Isles is densely entangled with other histories, cultures, and pathways of experience both within the country and far beyond. Its syllabuses, publishing practices, and our conversations about books must reflect this.