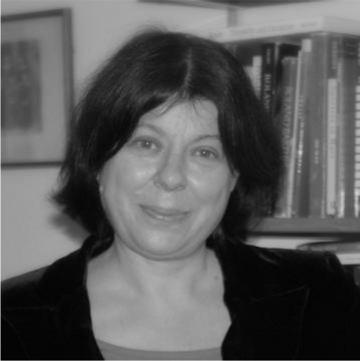 We are devastated to report the death on Wednesday 22 September 2021 after a short illness of Professor Laura Marcus FBA, Goldsmiths Professor of English Literature in the Faculty of English and Fellow of New College.

In her influential work on modernism and Virginia Woolf, on life-writing and fiction and film, Professor Marcus was admired for her immense scholarly range, her mastery of theory and narrative and genres, her deep knowledge of literary and cultural connections and influences, and her illuminating, serious interest in, and practice of, feminist thought. Her book publications include Auto/biographical Discourses: Theory, Criticism, Practice (1994), Virginia Woolf: Writers and their Work (1997/2004), The Tenth Muse: Writing about Cinema in the Modernist Period (2007). She was bringing to completion a new monograph built on her project ‘Rhythmical Subjects: the measures of the modern’ which the Faculty of English and Oxford University Press hope to see through to publication.

Her service to her profession and her subject was unstinting and inspiring. She was elected as a Fellow of the British Academy in 2011 and was a much-loved, passionately engaged supervisor and mentor of other scholars at all stages of their careers. As a Delegate at Oxford University Press for approaching ten years, Laura read and evaluated hundreds of proposals across the span of literary studies and music and had a shaping influence on the Literature list, working closely with its editors. Colleagues at all levels of the Press found her to be a wonderful and supportive adviser, full of warmth and of interest in their work.

Miles Young, Warden of New College says, “New College grieves for Laura Marcus: she loved this college which had been her Oxford home for over ten years, and we loved her. Continuing a distinguished succession of Goldsmiths’ Professors, she added a particular lustre to the title through the creative breadth of her research and writing. She will be missed as a colleague who represented the epitome of academic courtesy, conscience and companionship.”

Professor Isobel Armstrong remembers: “Laura was a friend for almost forty years. These are my memories of her when she taught at Southampton. She seemed born with a formidable archival knowledge, worn so lightly. Unique was her intellectual charm and generosity as interlocutor: she would listen intently to someone’s ideas and then give them back creatively transformed, expanded and deepened, a wonderful gift even at her most stringent. She was innately witty - ‘you have to love a book enough to begin writing it and hate it enough to finish it'.”

Dame Hermione Lee FBA, FRSL speaks for so many of us who had the privilege of knowing Laura Marcus: “Writing on autobiography, Laura quoted Katherine Mansfield’s idea of the self as a plant which comes to the light: ‘and - we are alive - we are flowering for our moment upon the earth’. That flowering self of hers was grand, vital and lavish, and gave colour and brightness to all who encountered it. "

Laura Marcus will be sorely missed.