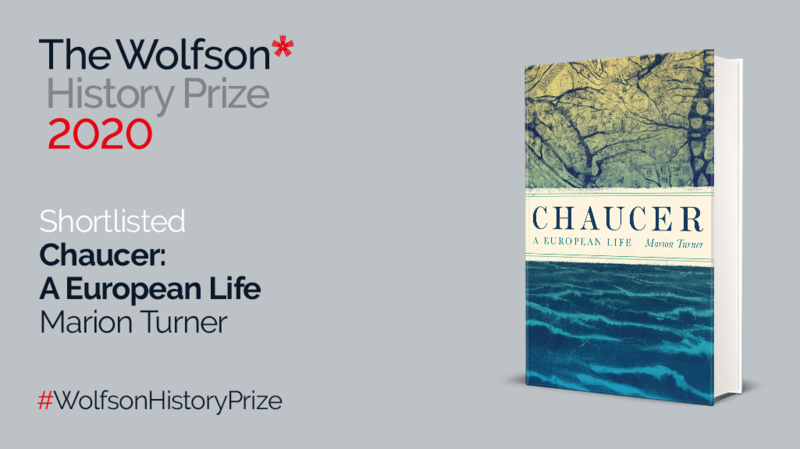 Two of the six nominees for this year’s Wolfson History Prize come from the Humanities at Oxford.

Our nominees are Marion Turner, Associate Professor of English, and John Barton, Oriel & Laing Emeritus Professor of the Interpretation of Holy Scripture.

The Wolfson History Prize recognises the best factual history writing from the past year and is the most valuable non-fiction writing prize in the UK.

Dr Turner is nominated for Chaucer: A European Life. The judges called it “a quite exceptional biography that with imaginative insight and stylish wit, sets one of the most significant figures in English literary history firmly in a European context".

The book queries how we traditionally view “well-known” historical figures and stories, shining a light on the distinctly European influences that shaped the life and work of The Canterbury Tales author. By following Chaucer’s adventures across Europe, Dr Turner reveals how the “father of English literature” was in fact a cosmopolitan figure influenced heavily by the Continent. This casts his writing and his historical legacy into a new light, while showing that Chaucer’s life and writings have much to teach anyone with an interest in European cultural history.

Professor Barton is nominated for A History of the Bible: The Book and its Faiths. The judges said: “This is a wise and wide-ranging work that offers exciting new perspectives on a book which has inspired both bloody conflicts and profound wisdom.”

The winner will be announced on Monday 15th June 2020 in a virtual ceremony.

The Wolfson History Prize 2020 shortlisted authors will discuss their books and historical writing in a special edition of BBC Radio 3’s Free Thinking on a date to be announced.

The Wolfson History Prize is run and awarded by the Wolfson Foundation, an independent charity that awards grants in the fields of science, health, education, arts & humanities.