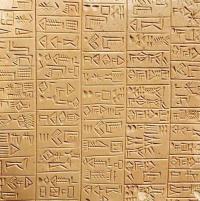 Computer imaging could be the key to unlock the world’s oldest mystery script, says Oxford linguist.

The world’s oldest undeciphered script may soon be cracked at Oxford with the aid of cutting-edge computer imaging technology.

Scholars trying to decode Proto-Elamite have been hampered by having to work from dated copies and photographs, says Jacob Dahl, Professor of Assyriology at Oxford's Oriental Institute. He believes a technique that allows a digital image to be lit from different angles would vastly improve comprehension of cuneiform tablets in general, and help unlock the stubborn secret of Proto-Elamite in particular.