What does moonlight sound like? How can a violin ‘murmur like perfume’? And what do you think ‘a bird abandoned by its companion’ would sound like on the piano?

These might not seem like obvious questions you’d encounter in a French class. But Dr. Jennifer Rushworth, Junior Research Fellow in Modern Languages, and a group of undergraduate students, spent a year thinking about the answers. 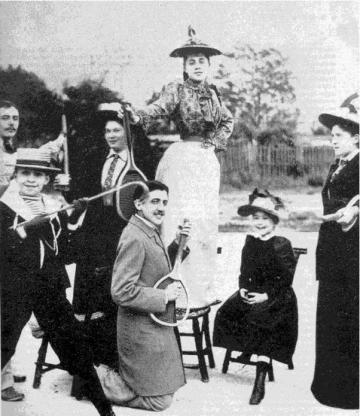 As part of a year-long project, Dr. Rushworth and the students turned a completely imaginary piece of music, described in French, into a real concert, performed by professional musicians.

The imaginary piece of music comes from Marcel Proust’s In Search of Lost Time, a seven-volume novel that’s one of the most well-known works of French literature. In the novel, the main character is obsessed by a piece of music by a fictional composer called Vinteuil. Proust describes the music—but using almost no technical language. We don’t know what notes to play, but we do know that the music sounds as ‘soft as silken scarves’.

Dr. Rushworth, who teaches Proust to undergraduates, had often wondered what this music might sound like. Last May, with funding from the John Fell OUP fund, she decided to find out for herself.

The first step was translating the descriptions into English from the original French.

Dr. Rushworth and twenty-four undergraduate volunteers translated thousands of words of French musical descriptions into English. For the students, it was a fitting way to test their translation skills.

Next, Dr. Rushworth handed over the translations to two undergraduates in Music. Together, they worked to translate the text for a second time—this time, from plain English into a musical score.

Finally, the composers handed their pieces over to professional musicians, who played the music at a concert in the Holywell Music Room on 5th May. 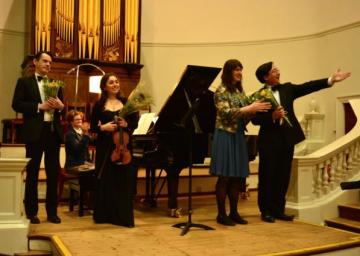 And, just like that, sentences written in French almost a hundred years ago became music swelling to fill a music hall in 2017.

Why, as a linguist, did Dr. Rushworth want to make the music come alive? “I wanted to see if you could take text as a recipe for writing music,” she says. She was also interested in how different people might read the text in different ways. So, for example, would a French reader interpret the music differently to an English reader, or a music student to a languages student?

So what does Proust’s imaginary music like? Is it disappointing?

Not for Dr. Rushworth. “I wasn’t disappointed,” she says. “I thought it sounded amazing.”

Although she’d worked on the project for a year, she had to wait until the day of the concert to hear the final result. Seated in one of the oldest public music halls in Europe, the music finally washed over her—and the violins murmured, like perfume.

Curious? You can listen to the music for yourself here.