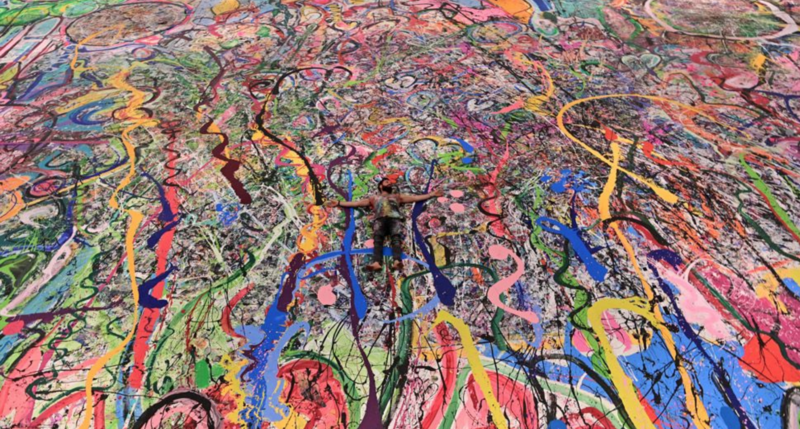 The world's largest painting, which was created by British artist and Ruskin School of Art alumnus Sacha Jafri, has been sold for £45m to raise funds for children's charities.

The painting, which was eight months in the making, is called The Journey of Humanity. Proceeds from the sale will go to Dubai Cares, Unicef, Unesco and the Global Gift Foundation to help disadvantaged children in countries like Brazil, India, Indonesia and South Africa.

Mr Jafri told the BBC: "I was really overwhelmed by what happened - to raise that amount of money from one painting in one night."

Brian Catling RA, Emeritus Professor at the Ruskin School of Art, told us that he is not surprised by the former Ruskin student's success. "Sacha was always a total original," he said. "An absolute one off that was obviously destined for recognition. It is wonderful that he has used his talent with such outstanding generosity."