Colophons, community, and the making of the Christian Middle East, 1500-1900 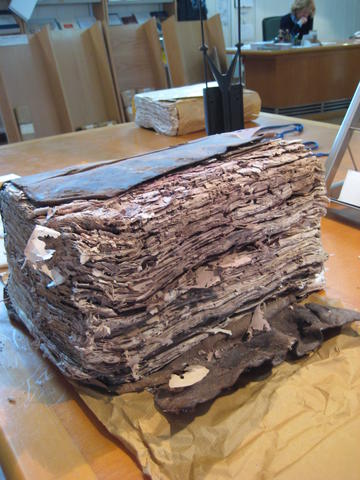 This project explores the role of scribal publication in the emergence of Christian identities in the Ottoman world from the sixteenth to the nineteenth century. This period witnessed the conversion of several Middle Eastern Christian communities to Catholicism or Protestantism, and it prefigured the era of the so-called ‘nahda’, or Arabic literary renaissance, of the late nineteenth century. Both of these processes built on the momentum of thousands of manuscripts in circulation between communities spread across a wide geography including Egypt, Lebanon, Syria, Iraq, and Palestine. A distinctive feature of this world of scribal publication was the colophon, the marginal note, the seal of ownership, even the fingerprint—all of which acted as personal marks of authority, authenticity, and even religious orthodoxy.

Since 2015, Dr John-Paul Ghobrial has been directing a five-year ERC-funded project called ‘Stories of Survival: Recovering the Connected Histories of Eastern Christianity in the Early Modern World’. One of the main objectives of this project has been to reconstitute a ‘lost archive’ of Christian Arabic and Syriac manuscripts, and the project has already completed the initial cataloguing of thousands of manuscripts. In doing so, the project has drawn on the momentum of critical digitisation projects that have made accessible manuscripts that long lay forgotten in politically sensitive areas of the world. The initial publications emerging from this project have drawn attention to a treasure trove of paratextual elements in Eastern Christian manuscripts and the role they played in the formation of modern identities in the Christian Middle East. The sources range from signatures and cryptic ego-documents scribbled into the margins of folios to poems and curses folded into psalters and Bibles. Using such sources, the doctoral student will be able to explore a wide range of questions about the history of Eastern Christianity at a particular moment of religious transformation, social mobility, and political rupture. Proposals will be considered across a wide range of topics in the social, religious and cultural history of the Christian Middle East.  For example, in what ways did manuscripts contribute to the creation of new Christian identities in this period? In a community characterised by mobility and diaspora, what part did manuscripts play in the ‘global consciousness’ of Middle Eastern Christians? How were status, authority, and kinship communicated in scribal modes of publication, and what impact did they have on the circulation of information and news? Indeed, what role did scribal publication play in the sectarianism that developed in the Middle East in the nineteenth century?

The student will have access to the project’s full database, the precious manuscript and resources of the Bodleian Library, and countless partnerships developed over the past five years.  The student will also benefit from working in the environment of a dynamic community of scholars with shared interests in Eastern Christianity including specialists in the Faculty of Oriental Studies and historians of Christianity in the Faculties of History and Theology & Religion.