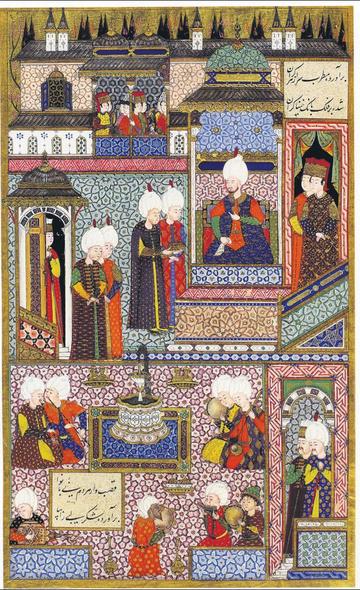 Between 1621 and 1628, Sir Thomas Roe was the English Ambassador to the Ottoman Empire. During this period, he actively collected a number of rare Greek, Hebrew, Arabic and Latin manuscripts and coins, and searched for collectibles and curiosities for patrons in England, including the Duke of Buckingham and Thomas Howard, the Earl of Arundel. At the same time, Roe was involved in the setting up of the first Greek printing press in Constantinople. The friendship he struck up with Cyril Lucaris, the Patriarch of Constantinople, led to the latter gifting Charles I with one of the rarest of Christian texts – the fifth century Codex Alexandrinus, one of only three surviving Greek ‘pandects’ that contain both the Old and New Testaments in one manuscript. Roe’s own collection of both manuscripts and coins was gifted to the Bodleian Library.

This doctoral thesis will examine the ways in which global diplomacy and trade shaped, and was shaped in turn, by contact between two types of unprinted publications: ancient non-European manuscripts and curiosities on the one hand, and early modern European information and correspondence networks on the other. It will place Roe’s activities in the context of contemporaneous traditions of European letter-writing, diplomatic gift-giving, collection of curiosities, and emergent ‘oriental’ scholarship in Britain. In the process, it will explore the early commodification and fetishization of unprinted non-European texts in England. While Orientalist scholarship of the late seventeenth and eighteenth centuries have received extensive scholarly attention, this project’s aim will be to excavate the intellectual and cultural determinants of this crucial earlier historical moment.

The project will be necessarily interdisciplinary, and the use of digital humanities technologies such as network analysis and data visualisations will be encouraged, in order to build up a fuller picture of the connections that enabled the circulation of both types of non-print texts. The student will have access to the Roe manuscripts at the Bodleian, and will need to consult Roe’s extensive correspondence elsewhere, particularly collections at the British Library and the National Archives at Kew. They will be able to draw on the expertise of their primary supervisor, who has published widely on Roe, as well as on the work undertaken by the European Research Council-funded project, ‘Travel, Transculturality, and Identity in England, c.1550-1700’ (TIDE), which includes extensive expertise on early modern English contact with the Middle East as well as network analysis.