New Voices in the History of War 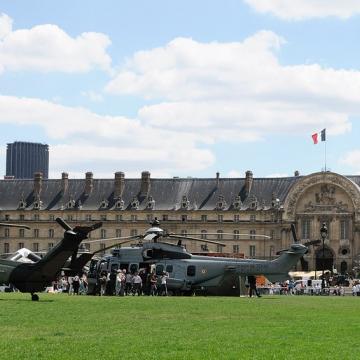 It is now more than a half-century since ‘new military history’ began to challenge the traditional orthodoxy among historians of war, and successive waves of social and cultural history during the intervening decades have made an indelible impact on the changing face of the subdiscipline. Despite several methodological revolutions, however, many aspects of the field remain little changed. These include the dominant focus on Western theatres of conflict and the twentieth century, the preponderance of male historians on panels and faculty rosters, and the marginal position of history of war within the academy.

This one-day conference brings together diverse representatives of a new generation of researchers, and uses their cutting-edge work as a starting point for discussions regarding the future of the history of war as a broad interdisciplinary enterprise. Doctoral students and early career researchers, including those working in other fields who have an interdisciplinary connection to the study of war, will present papers on aspects of warfare across a number of periods and places.

Themes include, but will not be limited to:

The day will conclude with a plenary discussion of the best way to advance the field and to increase the diversity of its approaches and participants.

The conference will be held at All Souls College, Oxford, on Wednesday 18th July 2018, with the generous financial support of the Oxford AHRC Doctoral Training Partnership, the Oxford Centre for European History, the Oxford History Faculty, and the Pembroke College Annual Fund.

The programme will be announced once registration opens on 21st June 2018.