The Carlyle Lectures 2018 - Constitutions before Constitutionalism: Classical Greek Ideas of Office and Rule

Lecture One: Office and Anarchy

This lecture introduces the importance of political office in the grammar of Greek constitutional thought, by exploring historical moments suggesting that the Athenians at least had an implicitly normative conception of political office.   The most important of these episodes is in the aftermath of the rule of the Thirty in 404/03, when some texts record the archon under the Thirty whose name would normally be used to date the festival year as Pythodorus, but others record this as a year of anarchia, in which no (valid) archon had served.

This lecture argues for the centrality of accountability to classical Greek ideas and practices of political office. The Thirty are again a key moment for making this case, this time in asking why they did not themselves hold any of the established offices that continued to be filled in Athens during their hegemony, and how accountability was re-established after their overthrow.

Lecture Three: Ruling and Being Ruled

Turning from the articulation of constitutional rule in terms of office, to the idea of rule itself as articulated in Aristotle and Xenophon, this lecture argues for the centrality of rule as hierarchical subordination requiring obedience not only to law but also to individual rulers as such.  It then explores the psychosocial demands of willing obedience on the part of the ruled.

The four imperfect constitutions of Republic VIII are the topic of this lecture, in which the role of officeholders or magistrates is argued to be central to the ways in which these imperfect constitutions come about, operate, and change into one another.  Studying these episodes of change reveals aspects of the normative dimension of political office both within their flawed operation and in contrast with it.

Lecture Six: The Purposes of Office and Rule

Turning back to Republic I in dialogue with the Statesman, this lecture explores rule as a phenomenon that includes but is broader than political office alone (which is one role through which rule can be exercised).  It shows Plato to have wrestled with both the promise and the danger of a perfect identification between a person and the role of ruler. 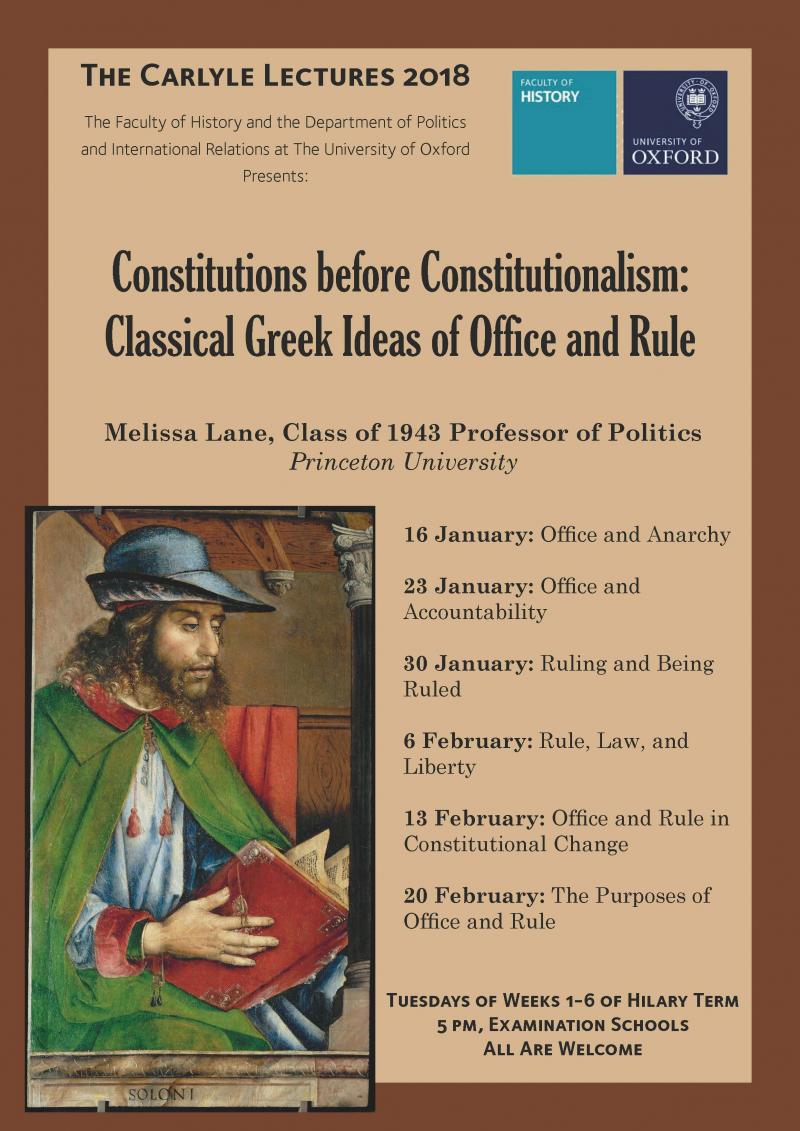