From Oral Wisdom to Written Rules: Law-Making in Pre-modern Tibet 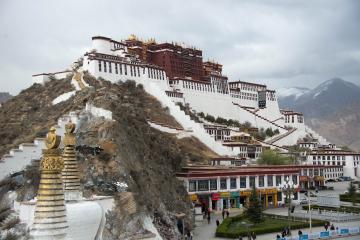 The proposed D.Phil. project uses Tibet—a region with a vibrant oral tradition—as a case study to examine how laws and norms were, and still are, circulated before and alongside writing and printing. In historic Tibet (7th cent. CE onwards), widely shared moral principles circulated in the form of stories, sayings, and proverbs. Occasionally written—in texts which provide the main source of our knowledge about them—they were more often transmitted orally, providing accessible, if cryptic, guidance to ordinary people through images and metaphors. When literate Tibetans started to write legal treatises in the fourteenth century, they were largely attempting to standardize local practices of conflict resolution, and the content of their texts betrays the orality of their sources. Their texts record proverbs and sayings, and make references to what must have been well-known stories. They also go to some lengths to discuss processes of oath-taking, by which evidence was tested orally. The legal texts were later printed and disseminated to regional administrators, but the wisdom encapsulated in proverbs and sayings continued to guide daily lives locally, and oral forms of law are still widely used in mediation practices today.

The doctoral student will explore the variety of forms in which legal norms were circulated and applied in pre-modern Tibet. S/he will investigate the nature of the wisdom and guidance found in different sources, their methods of dissemination, and the significance of transformations brought about by the technologies of writing and woodblock printing. By comparing evidence from European and other Asian contexts, the thesis should also address wider questions about the dynamics between orality and writing in the development of law. For example, written law codes can be printed and distributed, but before printing, how were laws and norms publicized? Almost wherever techniques of writing have developed, laws have been among the earliest texts to be recorded. But even before scribes could impress rules in clay, spell them out onto parchment, or chisel edicts onto stone, proclamations and laws had to be disseminated, and societies needed to develop shared social norms. How was this done? It is also known that writing changes the character of rules—once written, they become fixed and explicit, and can only be changed deliberately, while oral norms and customs are potentially more fluid. How do oral and written norms interact in societies that use both, and how does law-making differ in oral, manuscript, and print cultures?

The main sources for the project are a number of untranslated legal texts, both hand-written and printed as xylographs, supplemented by records of contemporary proverbs and sayings. The student must have sufficient Tibetan language skills to be able to read and translate these texts. S/he must also be prepared to study and analyse these materials in their social and political contexts. The student will work under the guidance of two supervisors who can offer linguistic, historical, anthropological, and legal expertise.