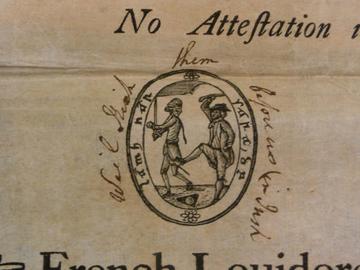 ‘Paddy and the Public Sphere’ is a doctoral opportunity for any student interested in investigating the connections between the Irish language and public life in eighteenth-century Ireland.

Eighteenth-century Ireland was an unusual country.  A series of colonizing enterprises had created political and religious antagonisms which have long dominated historical accounts of the period.  But the same upheavals produced a complex linguistic division which remains largely invisible to historians.  We know that in 1800 roughly half of the population spoke only Irish and half was able to speak English; we also have a basic understanding of regional and social variations among the island’s population.  But it is only during the last ten years that historical and literary scholars such as Niall Ó Ciosáin, Lesa Ní Mhunghaile, Margaret Kelleher and Nicholas Wolfe have begun to analyze the complex varieties of bilingualism that existed (focusing mostly on the nineteenth century).

It is regrettable that Irish language change and its relationship with literacy have been largely ignored by historians.  By western standards eighteenth-century Ireland had high rates of literacy and an exceptionally lively print culture.  Politicization, print culture and public opinion have been major themes in the historiography of eighteenth-century Ireland over the last thirty years.  The widespread assumption that the public sphere, like print, was confined to English-speakers survives only because mainstream historians ignore the work of Irish-language specialists.  Irish-language poems, the product of a declassé scribal network and commonly read in communal contexts, provide extensive evidence of continuing disaffection, as demonstrated by the late Breandán Ó Buachalla and Vincent Morley.  They have identified a corpus of political poems among the 4,000 surviving Gaelic manuscripts from the eighteenth and nineteenth centuries.  They have also demonstrated awareness of European power politics and new ideologies within the Irish-speaking world.  But Irish-language scholarship has been disproportionately focused on disputes about the survival of Jacobitism, and the dominant tendency has been to dismiss Jacobite sentiment as ‘folklore’ rather than real politics.

This doctoral opportunity involves revisiting the question of the Irish language in the eighteenth century with the new understanding of varieties of bilingualism.  It has the potential to transform Irish historiography between the seventeenth and nineteenth centuries.   The position will benefit from a vibrant Irish History seminar in Oxford, where relevant postholders include Professor McBride (eighteenth-century Ireland), Dr David Dwan (Irish literature), Professor David Hopkin (an expert on the ‘invisible languages’ of eighteenth and nineteenth-century France), Dr Eve Morrison (Irish oral history and memory), Professor Marc Mulholland (modern Irish social and political history), Professor Senia Paseta (Irish women’s history) and Dr Mark Williams (Irish language and literature).  The Publication beyond Print project also offers the chance to explore transnational comparisons and theoretical models in dialogue with doctoral students from other disciplinary backgrounds.

Applications should be submitted for the DPhil in History by 10 January 2020. Applicants should ideally have a first class or good 2.1 degree, and a Master’s, in English, History, or Irish; they should be able to demonstrate both familiarity with the history of eighteenth-century Ireland and an interest in Irish-language texts.  The scholarships will cover course fees and provide a living allowance at Research Council rates. Candidates from all backgrounds are welcome to apply, although the Leverhulme Trust has a preference for supporting Home/EU candidates.