The performance of English-language poetry, 1900 to the present 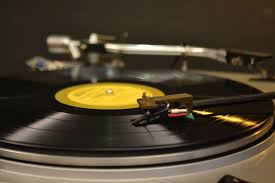 The performance of poetry is an unruly form of publication. Through emphasis, intonation, and gesture, through accents marked by class and region, performance has the potential to publish the poem with a greater degree of personal interpretation than is possible in print.  Thesis proposals for this topic should be primarily concerned with the performance of English-language poetry from 1900 to the present, and primarily concerned with authors’ performances of their own works; however, the culture of recital of other authors’ works, including pre-1900 works, may provide a significant context, as may styles of performance of verse drama.

The emphasis of the project is performance, but proposals for projects will almost certainly wish to make use of recordings of performances and studio recitations.  Many materials are available online (British Library, PennSound, Archive of the Now, et al.). The Bodleian Libraries hold a wide range of commercially published poetry recordings of British, Irish, and North American poets. Relatively few recordings were made before 1950, but the Bodleian’s print holdings, particularly periodicals, will facilitate the partial reconstruction of performances for which no recordings exist, and for investigations of the ideas of recital and interpretation. The British Library’s extensive sound and moving image resources are within easy reach of Oxford. Projects that focus on the immediately contemporary will be able to supplement such recordings with accounts of contemporary performances.

The constitution of audience and authorisation are crucial. Projects might ask: How do performers of poetry learn styles of performance?  To what extent have recordings enabled and accelerated the adoption of new styles of performance?  What enables some performers to break with a dominant style of performance and inaugurate new ones? How far do performances constitute audiences by exclusion?  The unruliness of performance raises questions of cultural authority. Who has the cultural authority to approve correct styles of recitation and accent?  How and what do different performance styles signify? What are the cultural mechanisms by which some styles are validated while others come to be seen as marginal or imperfect? What are the processes whereby changes of style occur, and the previous marginal becomes accepted? A wide range of projects is possible within the broad title, occupying different positions on a spectrum between the particular and the abstract: a proposal could emphasise the description and analysis of particular performers and performances, or could take as its main focus changing ideas of performance, interpretation, and recital.

Applicants should apply for the DPhil in English by 10 January 2020. It is envisaged that candidates will already have an interest in poetic rhythm and its formal description, an interest in poetry in performance, and an awareness of the variety of English accents relevant to their project. A candidate undertaking a project relating to particular performances will further develop skills in the precise description of the phonetic qualities of a performance: pronunciation, intonation, and, where there is visual evidence, gesture and movement; and skills in mediating between verbal evidence (such as descriptions of performance styles) and aural and visual evidence.

The scholarship will cover course fees and provide a living allowance at Research Council rates. Candidates from all backgrounds are welcome to apply, although the Leverhulme Trust has a preference for supporting Home/EU candidates.