Textual Genesis Beyond Print: From Modern Manuscripts to Digital Editions 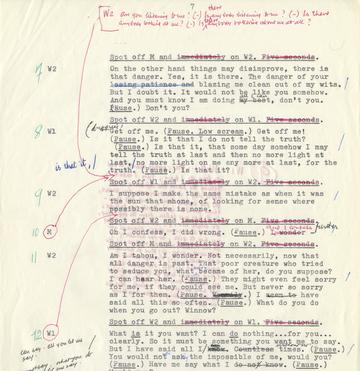 The medium of print has had such an impact on textual scholarship that it has conditioned the way we think about scholarly editing. Because of the limitations of printed books, a scholarly edition is typically centred around a single text against which variant readings are compared in the form of a critical apparatus. Such an apparatus tends to dis-integrate versions by separating the variants from the invariant readings.

The proposed DPhil project therefore suggests an alternative to this single-text approach, applied to modern literary texts. Instead of letting the (limitations of the) print medium determine the shape of the scholarly edition, the project bypasses print by developing a digital infrastructure that accommodates the entire genesis of a literary work (including reading notes, drafts, page proofs, pre-book publications, revised editions and theatrical notebooks) without privileging one particular version of the text.

In concrete terms, the project will work with the manuscripts, typescripts, notes and proofs of Samuel Beckett’s bilingual play Happy Days / Oh les beaux jours (originally written in English and translated into French by the author himself) as a case study. Instead of centring all the textual versions around one critical text, the project remodels the editorial strategy to digitally reunite all the manuscripts of Happy Days and to analyse its genesis by organizing it according to three dimensions:

Especially this last aspect of the genesis questions the dominant assumption in textual scholarship (at least until recently) that literary self-expression is best served by printing. For in the beginning of the 1960s, around the time of the genesis of Happy Days, Beckett increasingly realized that he could not submit the text of his play to the publisher before he had seen its performance on stage. Thus, the author himself seems to have initiated a process of ‘decentring print’ that presages the aim and rationale of ‘Publication beyond Print’.