Faculty of Medieval and Modern Languages

The Faculty is one of the leading centres for the study of European language, literature, and culture world-wide, offering expertise in the entire chronological range from the earliest times to the present day, and with specialists in film studies, cultural studies, history of the book, and cultural history as well as languages and literatures. The Faculty offers expertise in French, German, Italian, Modern Greek, Spanish, Portuguese, Russian, Polish and Czech, as well as in a range of other languages spoken in Europe. Colleagues across the various languages work together in various interdisciplinary projects and research centres, which bring specialists in language and literature together with historians, philosophers, and social studies scholars.

The Faculty is divided into seven sub-faculties: French, German, Italian, Portuguese, Russian and other Slavonic Languages, Spanish and Modern Greek. It includes 9 established professorships as well as 15 individuals with the title of professor and 80 permanent academic post holders. The colleges, which are responsible for undergraduate admissions and undergraduate tutorial teaching, admit a total of about 270 students a year to read for the Honour School of Modern Languages and its joint schools with Classics, English, History, Philosophy, Oriental Studies, and Linguistics. The Modern Languages Faculty Board is responsible for the admission and supervision of graduate students. There are about 60 graduates taking taught Masters degrees, and about 120 research students. 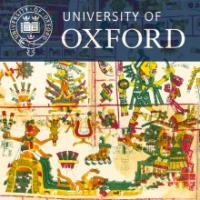 This conference brings together an outstanding panel of scholars and experts in Mesoamerican studies. They will be sharing their knowledge and recent findings on the making and historical significance of the Bodleian's and other early, pictorial Mesoamerican manuscripts, situating them in the context of the pre-Columbian and colonial societies that produced them, describing the world they depict, and reflecting upon their meaning in contemporary Mexico and beyond.

More podcasts from the Faculty of Medieval and Modern Languages 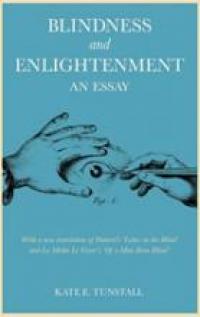 Blindness and Enlightenment presents a reading and a new translation of Diderot’s Letter on the Blind. Diderot was the editor of the Encyclopédie, that Trojan horse of Enlightenment ideas, as well as a novelist, playwright, art critic and philosopher. His Letter on the Blind of 1749 is essential reading for anyone interested in Enlightenment philosophy or eighteenth-century literature because it contradicts a central assumption of Western literature and philosophy, and of the Enlightenment in particular, namely that moral and philosophical insight is dependent on seeing. Kate Tunstall’s essay guides the reader through the Letter, its anecdotes, ideas and its conversational mode of presenting them, and it situates the Letter in relation both to the Encyclopedie and to a rich tradition of writing about and, most importantly, talking and listening to the blind.

More publications from the Faculty of Medieval and Modern Languages

Research Project: The Venetian Book-trade in the 15th Century: material evidence for the economic and social history of the Renaissance 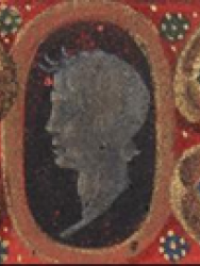 This project proposes for the first time to use the traded objects themselves, 15th-century books which still survive in their thousands, as essential and unquestionable evidence of the booktrade, to substantially complement current research on the booktrade based almost solely on scattered documentary evidence (printers contracts, litigations, booksellers stock lists, wills etc.).

http://www.bodley.ox.ac.uk/csb/Projects_Venetian_Incunables.htm
More research projects and centres from the Faculty of Medieval and Modern Languages