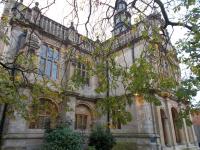 Medieval and modern history has been studied at Oxford for longer than at almost any other university: a Regius Professor of Modern History was first appointed in 1724, and undergraduate examinations began in 1850.

The Faculty also encompasses at any one time a number of historians employed by colleges – College Lecturers and short-term Junior Research Fellows – as well as those on fixed-term employment with the Faculty: Departmental Lecturers providing teaching for postholders on research leave, and research assistants on funded research projects. Its wider membership includes colleagues in a number of other faculties and departments across the University who work as historians or in closely cognate disciplines.

The University of Oxford is one of the world's most encompassing centres for the study of history. The faculty has nearly twelve hundred undergraduates, and almost five hundred graduate students attracted from around the world.

Podcast: The English People at War in the Age of Henry VIII 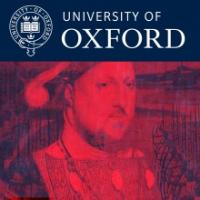 In this history lecture series Professor Stephen Gunn look at the effects of war on the people of England in the 1500s. This lecture series was recorded in Hilary Term 2015 and is part of the annual James Ford Lectures in British History series at the Examination Schools in Oxford University.

More podcasts relating to the Faculty of History 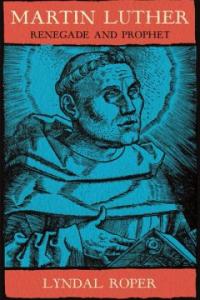 When Martin Luther nailed a sheet of paper to the church door of a small university town on 31 October 1517, he set off a process that changed the Western world for ever.

Luther’s ideas spread like wildfire. His attack on the Church soon convulsed Germany, divided Europe and polarised people’s beliefs. They triggered decades of religious persecution, social unrest and war. And in the long run, his ideas paradoxically helped break the grip of religion in every sphere of life.

But the man who started the Reformation was deeply flawed. He was a religious fundamentalist, a Jew-hater and a political reactionary. He was a fervent believer who was tormented by doubt, a brilliant writer who shaped the German language and a vicious and foul-mouthed polemicist. He was a married ex-monk who liberated human sexuality from the stigma of sin, but also a man who insisted that women should know their place. For him the Devil was not just a figure of speech but a very real and physical presence.

In this first historical biography for many decades, distinguished historian Lyndal Roper gives us a flesh-and-blood figure, warts and all. She reveals the often contradictory psychological forces that drove Luther forward – insecurity and self-righteousness, anger and humility – and the dynamics they unleashed which turned a small act of protest into a battle against the power of the Church.

More publications from the Faculty of History 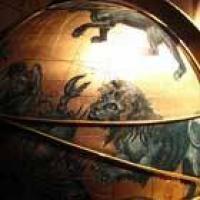 The Oxford Centre for Global History was established by the History Faculty in June 2011 to reflect its strong commitment to the field. Global History in Oxford is defined broadly as the global movement of people, goods, and ideas and the consequences that flow from them. Chronologically, it extends across all historical periods from ancient to late modern.

The Centre is particularly keen to encourage cooperation between historians of different periods, as well as places, in the study of themes of global significance. It will support research projects, and host workshops, seminars, and conferences. A key part of the Centre’s role is to facilitate the research of all those in Oxford who are keen to develop a global history dimension in their work.

More recent research projects and centres from the Faculty of History