Dating from 1871, when John Ruskin first opened his School of Drawing, the Ruskin School of Art has enjoyed a variety of guises, and an ever-growing reputation.

As Oxford’s first Slade Professor, Ruskin intended to develop a course for the University leading to a degree in art. Armed with a teaching collection of more than 800 watercolours and drawings and more than 400 prints, including works by Dürer, Tintoretto and Turner, the school was originally housed in the University Galleries. The school continued its work in what became the Ashmolean Museum of Art and Archaeology, moving to its current High Street site in 1975, where it was called the Ruskin School of Drawing and Fine Art. Degrees in Fine Art (BFA) were first awarded by the University of Oxford in 1981.

The Ruskin enjoys a special relationship with Oxford’s Department of the History of Art, which welcomed its first BA students in 2004, and with many other parts of the University, including the School of Anatomy, the Department of Engineering Science, the Institute of Archaeology and numerous museums.  The rapport with Modern Art Oxford is also extremely positive and Ruskin students have staged their own exhibitions and been involved in a number of projects with MAO. 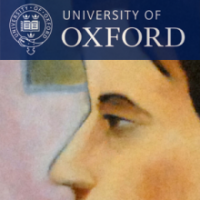 This is a series of podcast from the Ruskin School of Art. The Ruskin, as it is known, is the Fine Art Department of the University of Oxford. In an intimate and dynamic environment, the school gathers together cutting edge contemporary artists and art theorists with some of the brightest and most creative art students. Fine Art is taught as a living element of contemporary culture with a broad range of historical and theoretical references. Comprising both a flourishing undergraduate programme and a growing Dphil programme (made up of both practice-led and theory-based doctoral students), the Ruskin embodies risk-taking, curiosity, and rigour grounded in a wide sense of the word ‘research’.

More podcasts from the Ruskin School of Art

For more information, visit the Ruskin School of Art website